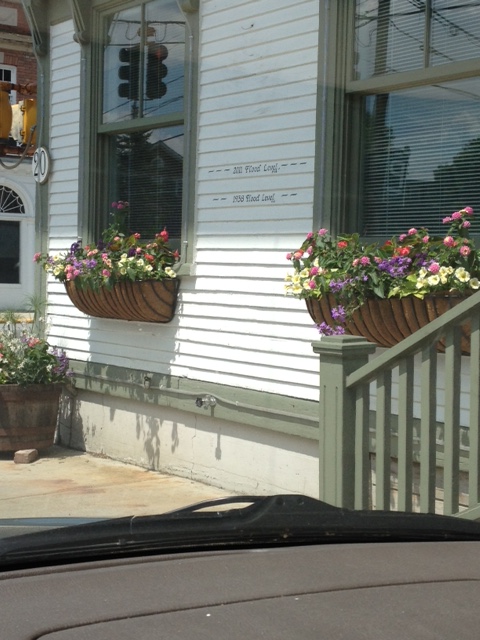 Yesterday I met a transgender woman in a coffee shop. I am assuming she was transgender because she looked like Caitlyn Jenner’s twin without the makeup, styled hair, and designer clothing. Her long gray hair was shaggy, parted in the middle. It was a hot, muggy, bad hair sort of day. My hair was pretty wild too and my roots were screaming as Mark, my hairdresser years ago in Portsmouth , N.H. would say. The woman had a deep voice, but not too deep, walked with the same gait as Caitlyn, and the fingernails on her large, sturdy hands were painted fire engine red.

We were the only two people in the coffee shop when they shut the music off and one of the young girls from behind the counter came over to tell us they were closing early due to an emergency. She let us know we didn’t need to rush, they were cleaning up and we had ten minutes to finish our drinks.

Still without Wifi at my house, I quickly stopped goofing around on Facebook and prioritized my Internet needs. I checked my bank balance and answered an important email. The other woman walked toward me and said, “Well, I got my coffee in a to-go cup, so at least I can bring it with me.”

“I can’t bring this with me,” I said, taking a big swig from my bottle of Switchback beer.

“Drunk driving is a big problem in Vermont.”

“Where did you come from?”

“A lot of places but most recently New Hampshire by way of Connecticut where my husband and I were innkeepers. Before that we lived in Florida. I think drunk driving is a problem everywhere.”

“Not some places. But New Hampshire has a big problem. Florida, too.”

What was she really saying? It was four o’clock on a very hot, muggy day and I was already well-caffeinated and very thirsty. I’d only had this one beer. As if she read my mind, she asked, “How many beers do you think it takes to get drunk?”

“I think it depends on the person. Your weight, your tolerance for alcohol, if you’ve eaten or not.”

“I don’t think any of that matters,” she said.

Avoiding the implications, I asked, “Do you live in Vermont?”

She told me she lived in New York with her partner. Okay, so maybe she’s gay, but the more time I spent with her the more I felt she was transgender, not that any of that is a problem as Seinfeld once said. After all, it was she who appeared to have the problem with me, the potential drunk driver.

A tenured mathematics professor at a CUNY college in New York City, she was also a computer consultant. She started talking about how so few people really understand mathematics and threw two names at me, famous 20th century mathematicians I’d never heard of. One of the mathematicians was once asked to name a prime number. He hesitated answering the question. “Prime?” he kept asking. “Yes, a prime number,” the questioner kept replying. Finally he gave in and answered eighty-one. The woman looked me in the eye and raised her eyebrows.

Phew. I got that right despite the late afternoon beer. “I would have said eleven,” I replied. “But maybe this guy, the famous mathematician, thinks all numbers are prime?” I meant maybe the guy thought all numbers were unique and important in the equation you were trying to solve, or something like that. I shrugged. “What do I know? I’ve been a bookkeeper all my life. I add and subtract with the aid of a calculator.”

“I don’t add or subtract,” she said. I stood there unsure of what the story meant. The counter girl returned with the keys to lock the back door and we walked outside to the parking lot.

Somewhere between the back deck and our cars, the conversation turned to politics. I can’t remember how it started. Clearly the beer I was forced to chug due to the early, abrupt closing of the coffee shop was muddling my memory. She mentioned something about rents in New York and how she and her partner both make six figures but they rent a hovel in the East Village where they never invite friends to dinner because of the cockroaches and the rats.

“There’s something wrong with that, don’t you think?” she asked.

“Absolutely,” I agreed. I told her about apartments my daughters had rented, not really apartments, just bedrooms in college towns like Boston and Providence, where the common rooms are shared and the renter signs the lease for just the bedroom at a rate of $800-$1200 per month. “These places have four or five bedrooms and they are three story tenements. That’s twelve or fifteen leases! Theses landlords are making a killing, and you never even know who they are. You only deal with the property management company. The last landlord my daughter had was rumored to be some hedge fund guy in Greenwich, Connecticut who owns dozens of tenements in Providence. Most people don’t realize how politics and legislation effect their daily lives.”

She nodded in agreement. “Exactly, that’s what this election is all about. But daily lives don’t matter. The real issue is Wall Street versus the real estate moguls.”

I muttered a skeptical “Hmmm, I haven’t heard that theory before.”

She went on to talk about capitalism, Hitler, and the Great Depression. I was beginning to think we were on the same page until I said, “It’s a depressing election but we have to vote for Her.”

“What do you mean? Trump’s insane, and all this hate he’s fostering. It’s awful.”

“Well, I agree she’s never seen a war she wasn’t ready to get behind but still, do you trust him with his finger on the nuclear weapons?”

“Well, I’ll tell you this. He won’t take shit from Wall Street.”

“Do you like Bernie?” I asked. “I voted for him in the primary and I’m still deeply disappointed. And yes, I know Hillary said she heard me, but I’d still very much like to see those Goldman Sachs speeches.”

“Well, Bernie was better than the rest. I voted for him in the primary but in the end he caved and now supports her.”

“Hmm, that’s interesting you say that. So many Hillary supporters I know believe Bernie hasn’t been supportive enough.”

“They’re wrong,” she said. “These politicians have always been in bed with the banks. Did you know American banks supported Hitler?” She looked me in the eye, assessing me. “Let’s see how much you know about history. Do you know which famous banker was giving money to Hitler?”

I tried to remember famous bankers in history. Carnegie? Mellon?

She was impatient, probably guessing I didn’t know the answer. “I’ll give you a hint. His first name was Prescott.”

“Yes! This election is an epic showdown between Wall Street and the banks versus the real estate moguls.”

I did ask her about the Supreme Court, affordable healthcare, legal abortion, and the right to marry the person you loved. And what about this latest incident with the Gold Star Muslim parents? It didn’t seem to faze her. This election was about money and Trump could blow all that up. Shake up the system. Bring real change.

Well yes, I too want to blow up the system and bring about real change, but I don’t want to lose the social justice we have worked so long and hard to attain. Peaceful revolution is sometimes necessary but not when it destroys people’s everyday lives. We’re trying to improve things here, not make them worse.

After that we wrapped up the conversation pretty quickly. I told her to enjoy her stay in Vermont and she told me to drive safe.

I sat in the car for awhile thinking about the transgender or lesbian woman. Or maybe neither, just a woman who had the outward appearance of an aging hippie, a New York college professor teaching mathematics at a city university, reading a book titled Nucleo Mathematics in a coffee shop and writing formulas in a notebook that looked like the blackboard scene in Good Will Hunting. She mentioned how she could have worked on Wall Street for big bucks but eschewed the corporate, capitalistic lifestyle.

I was left thinking, how can this woman defend Donald Trump?

As each day in this election year passes I become more anxious and worried. The New York Times posted a video of Trump supporters that made me feel sick to my stomach. Almost on a daily basis, I find myself in uncomfortable situations with people I know, friends and a few family members, not knowing what to say if they are Trump supporters. How can I respect these people? Do I really know them the way I thought I knew them? I’m left thinking I don’t know much of anything anymore. The world has been turned upside down and I’m afraid we might all go tumbling down after it and never be put back together again.

7 thoughts on “We Met In A Coffee Shop: Stories From Higley Hill” 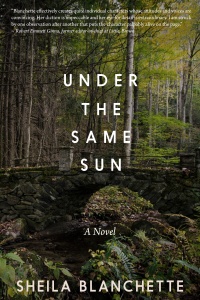 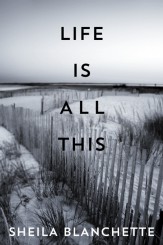 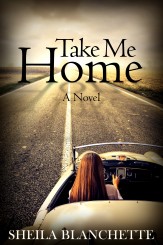 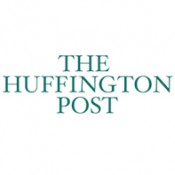